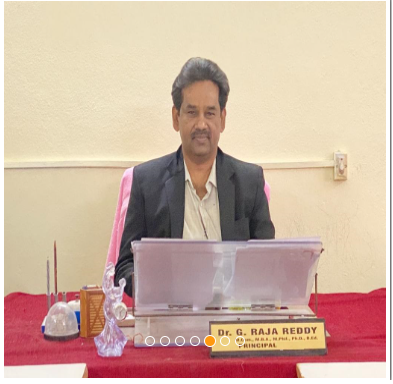 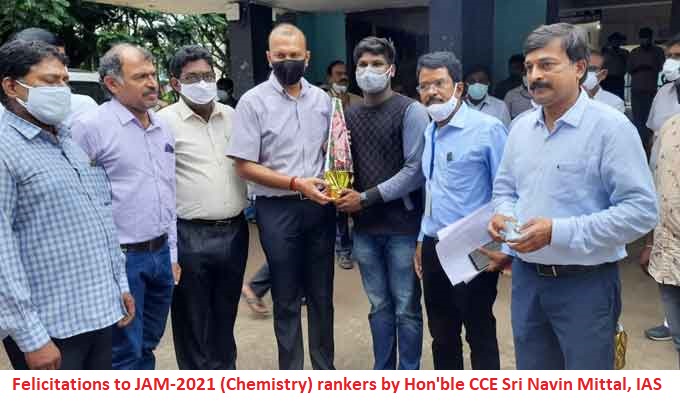 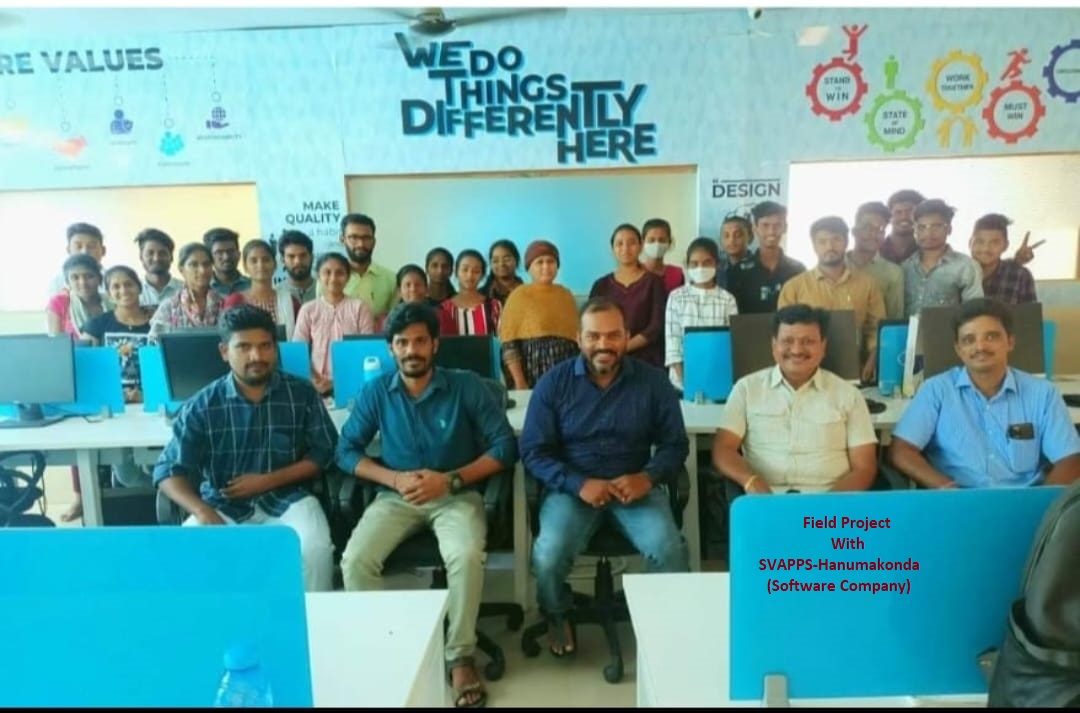 Home Page Description
Kakatiya The name spells magic! A quest for the journey into the past in precision about the ominous little word Kakatiya grabs ones attention, naturally. This institution though informally known as KDC (Kakatiya Degree College) in reality is KGC (Kakatiya Government College). Located in Warangal (Orugallu  historically dates back to the 12th and 13th Century known as Orugallu, privileged with the legacy of being the Capital of the Kakatiya Dynasty), The hallmarks of the eternal human genius of the Kakatiya courage, art and imagination, dexterity, rationale, erudition and aptitude are the core values considered for inheriting in the collegians is the destiny of the college prime concerns. 1972 is the seed-plot of the Kakatiya Government College history which determined the course of its livelier future. To begin with, 1970s is the period of time when the landscape of Warangal District existing in the erstwhile Andhra Pradesh experienced acute backwardness, stringent unemployment, unobtrusive social discriminations, intolerable economic inequities, restricted likelihoods for education and especially depression spread in youth and people turned them to become rebellious through unfair means of revolution as a result of social pandemonium, hopelessness, restlessness and severe existential crisis among people. Now, this called for the attention of the government and public representatives to help people with some way out to instill a ray of hope for an optimistic future sooner than expectations. Looking to the miserable conditions existing, the then Chief Minister Mr. P.V. Narasimha Rao (veteran Ex-Prime Minster of India) sanctioned the public-funded institution known as Kakatiya Government College, Hanamkonda, Warangal District initially with U.G. Programmes in Arts and Commerce as Degree Courses initially in the year 1972. Whatever the mind of man can conceive and believe, it can achieve. A constructive revolution always paves the way for a timeless evolution! Sounds true as the college is manifold in its services today both in-house and outside! Sited in the heart of the city of Greater Warangal Municipal Corporation, duly encompassed with the compound wall adjacent to Jawaharlal Nehru Stadium at Hanamkonda, in the lush green campus of 5 acres of land with a built-up area of 20,234 Sq. Mts. of the college buildings, the Kakatiya Government College, Hanamkonda, Telangana State ornately flourishes today as one-stop-destination for career advancement and placement privileges in the schools of science, arts and commerce, and skill-oriented employment avenues. Join hands with the winner! The Government facilitated the birth of this college to run on the premises of the Government Junior College (Boys), Hanamkonda (informally known as Govt. Multipurpose School, Hanamkonda (wherein Mr. P.V. Narsimha Rao, Ex-Prime Minister of India happened to be an ex-student), located en route Asoka Junction to New Bus-Station, Hanamkonda, Warangal District. This ignited impetus to the on-going development programmes to revamp the college academics and administration to produce imprints of the growth, expansion, and advancement for student-support concerns year-after-year relentlessly and is being honoured to be in the hub of the long-lasting spotlight. In the course of time, the Science College which was run by the Dist. Medical & Health Department got merged in the year 1977 into the Kakatiya Government College affiliated to Kakatiya University, Warangal in order to help underprivileged students interested in Science Courses at Degree Level vide G.O. Ms. No. 54, M&H Dept. Dt. 18/01/1977. Since then, the college has become the Choicest Terminus for Junior College Pass outs to soar high with flying colours in their life and career. Seeing back to times of 1977, it was strange even listening to something called a private college! Lets imagine, how critical their struggle for (higher) education! An opportunity for higher studies was but a dream come true with the advent of the establishment of Kakatiya Government College, Hanamkonda, Warangal for the upliftment of the children of the deprived sections of the people arrayed for want of education. Specimens of the proud alumnae, the Kakatiya Government College produced appreciatively include  Members of Parliament; Members of Legislative Assembly; Scientists; Industrialists; Educationists, Academics, Teachers, Researchers in (Higher) Education Strata; Administrators in Public and Corporate Corridors; Patriots in the Ministry of Defense and Home Affairs; Entrepreneurs in Pharma Production; High-end Performers in Fine Arts; Business magnets; Politicians, Social Scientists and settled more as responsible citizens of home and abroad. The model iconic arch of the Kakatiya Victory raised by the Alumnae for its Threshold stands for the glory on-the-go! The celebration of blessings is happiness! The more and more one celebrates with what one has gone through with his own past and the manifestation of the productive past is happiness!! Bow, as you growis the hello tune and the humanist philosophy of Kakatiya Government College, Hanamkonda, Warangal Urban, Telangana, India. Nothing is truly great, which is great only in its lifetime. But the true test of greatness is the page of history! 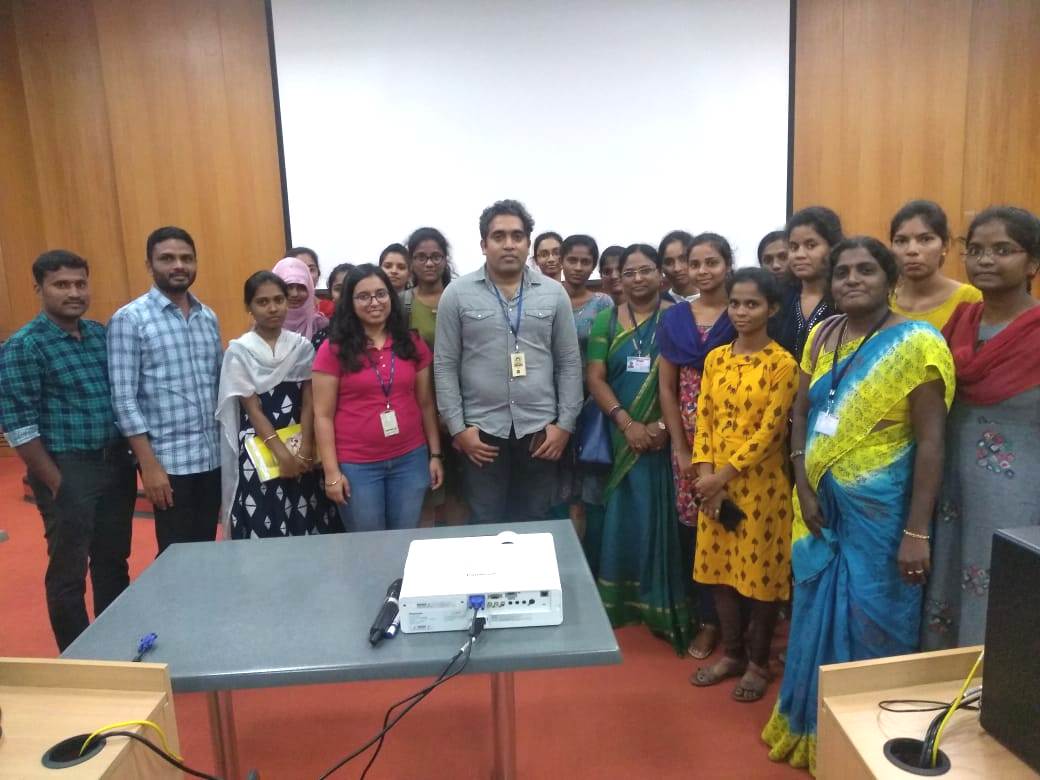 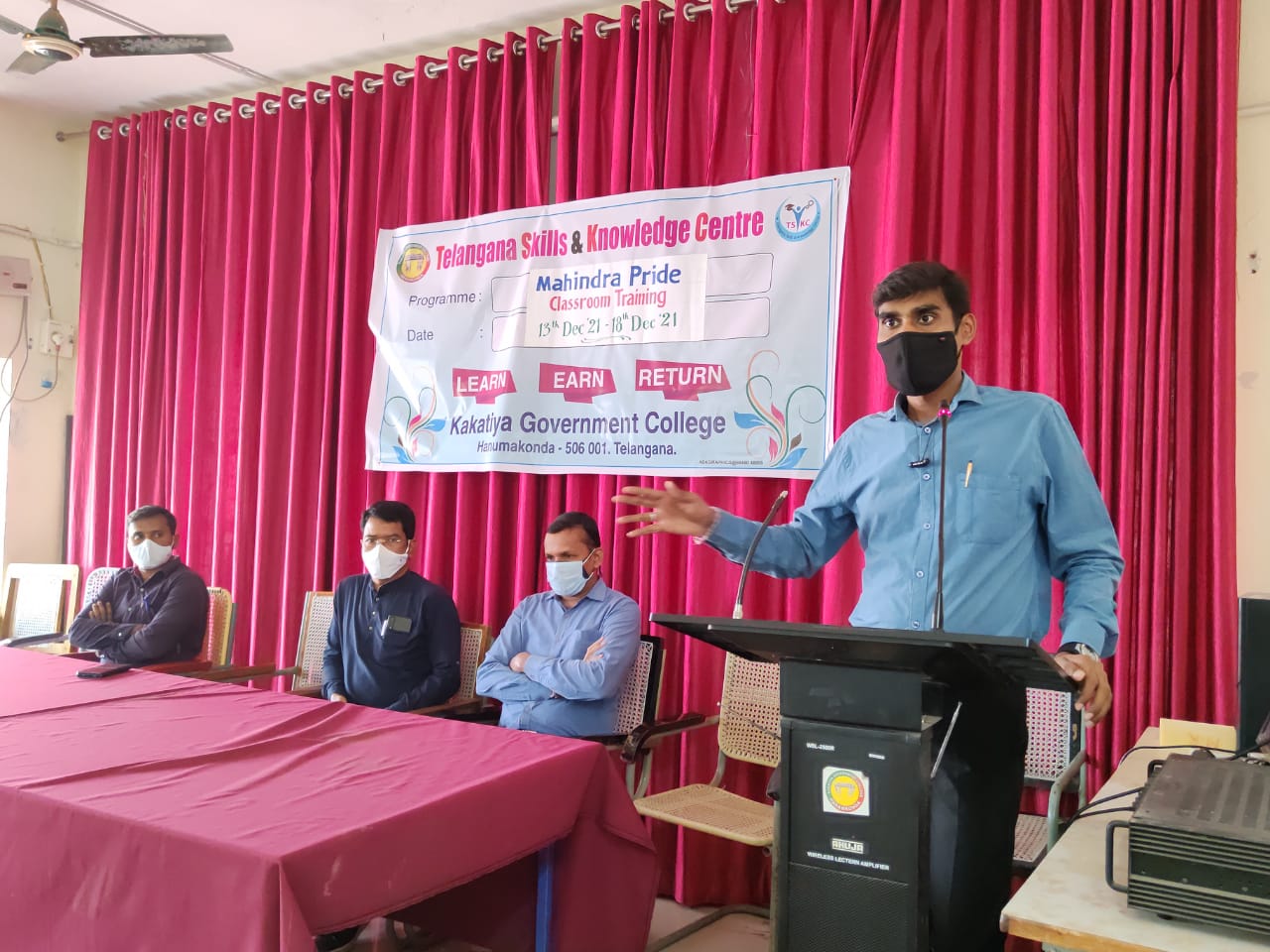 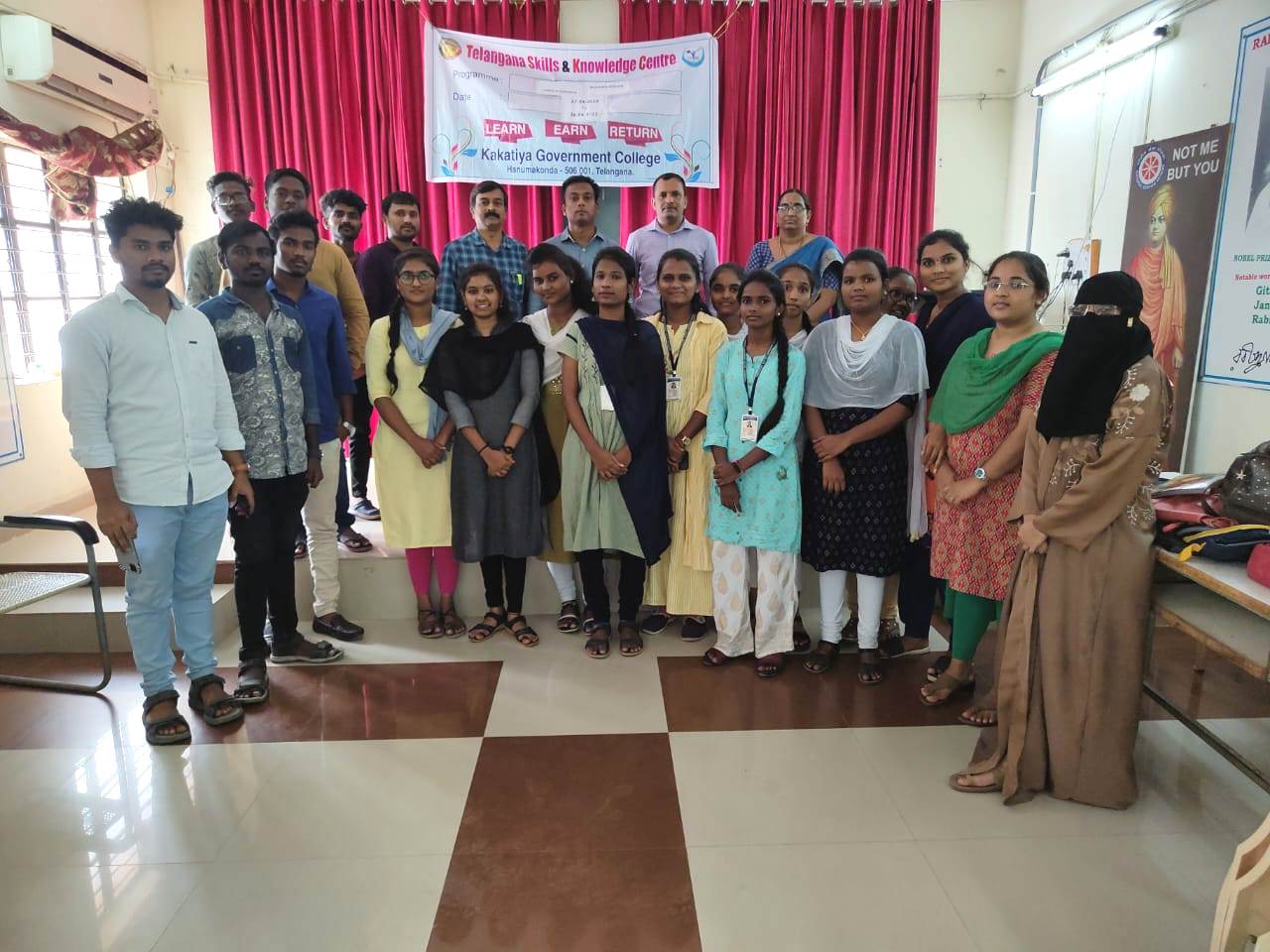 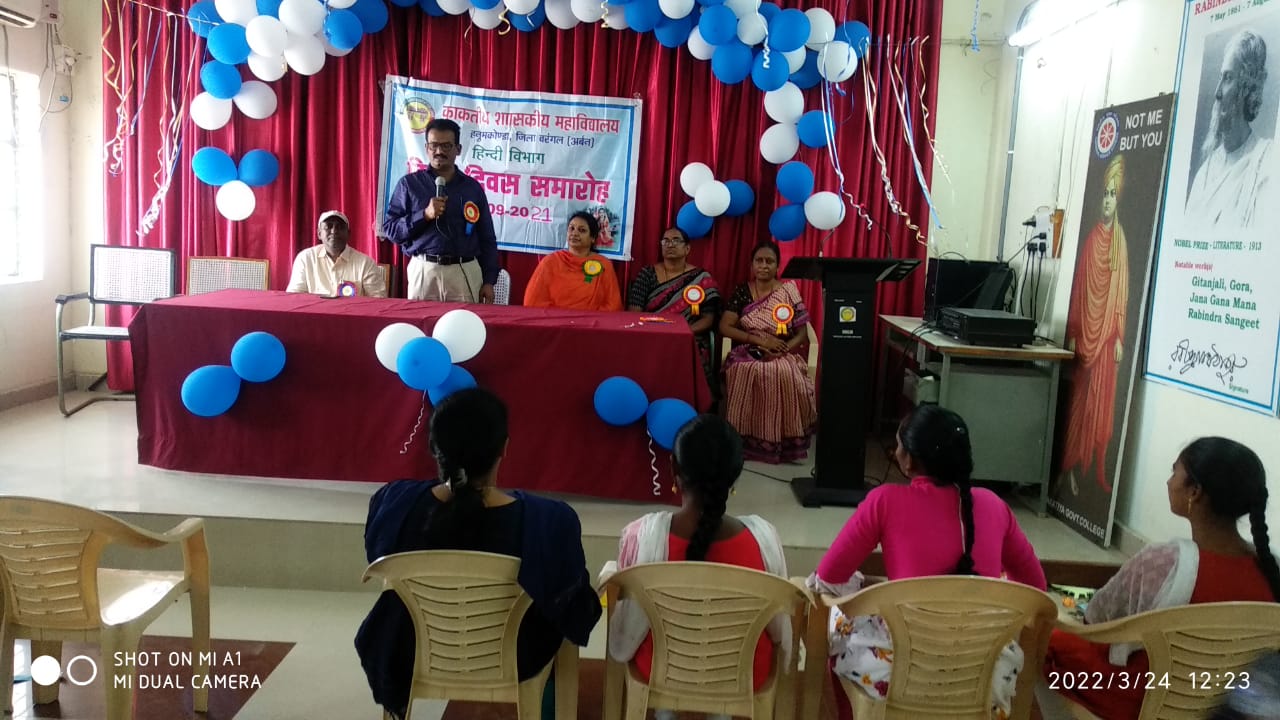 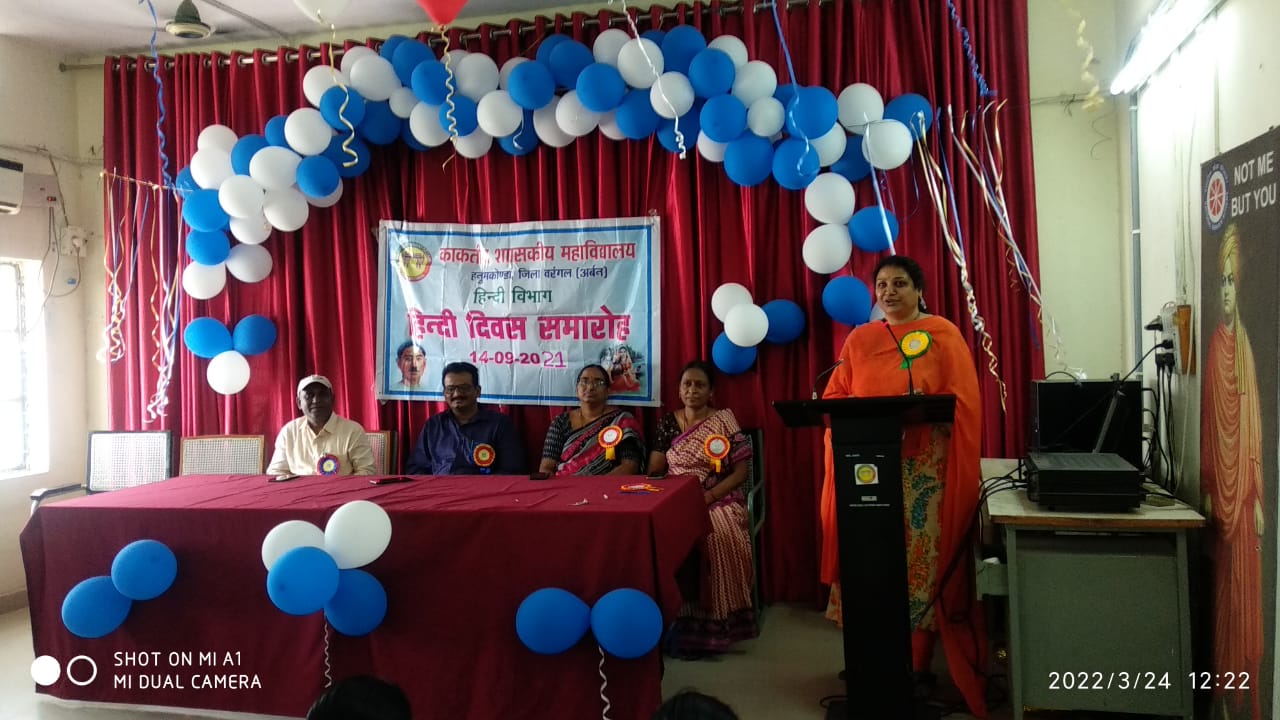 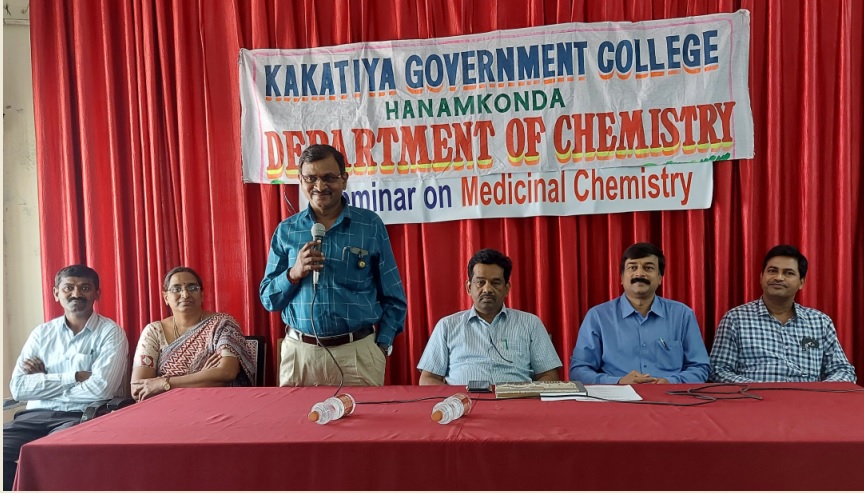